To use the solar power production calculator below, simply select your City and then enter the kW of panels in the second column.
e.g. if you have 3.3kW of panels on West and 3.3kW of panels on East, enter 3.3 against both W and E.
At the bottom of the table you can change the Export (FIT) price as well as the electricty price you pay.
The bill savings calculator below will automatically adjust itself based on what you enter.

The production results you will see are based on an unshaded 25 degree tilted roof AFTER the first 12 months of operation,
thereby allowing for the typical 2.5% Light Induced Degredation (LID) of 'P' type solar cells in their first year.

Average export value of 4 cents based on:

There's a bit of a solar myth that installing panels on a West facing roof will allow you to run your air conditioning later in the day.

It's certainly true that a West facing roof will make more power than a North or East facing one after 4pm, but the difference isn't huge.
As an example, I took three typical unshaded 6.6kW solar intallations, and compared their production mid Summer (Jan 15th 2021).

West made a total of 2.52kWh MORE than North over those three final solar production hours.
You can't run your AC on that.

When taken as an annual average rather than a spot check on a single day, mid-Summer...


The chart below shows production for a 6.6kW system in Perth, broken down by hour for North, West and East facing roofs in Perth. 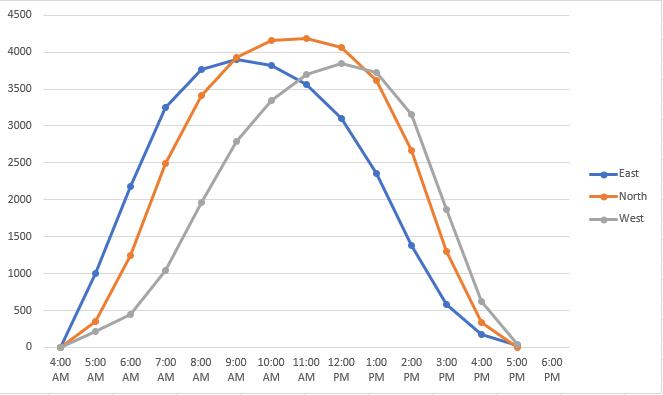 As you can see from the chart at 4pm West the 6.6kW system is only making 600 Watts

So West DOES make more power at 4pm, but it's really not very much more.

The goldilocks zone for solar production, irrespective of whether your roof faces North, West or East is 8am to 2pm.

That's when you want to be running your swimming pool pump, washing machine etc.

There now follows further analysis of time of day production, but the above chart really tells you most of what you need to know.

The next thing we look at is how the sun transits across the sky through the seasons and WHEN during the day solar power is made.

Most people know that the only two days of the year that the sun actually rises due East and sets due West are March 21st and September 21st, but it surprises a great many people how FAR South East the sun rises in Summer, and sets in the South West. In fact in January the sun is due West at about 3.30pm !!

You can also see that the arc is narrow, meaning the sun is more 'overhead' than the Winter picture shown underneath. It barely gets above Northbridge in the picture. 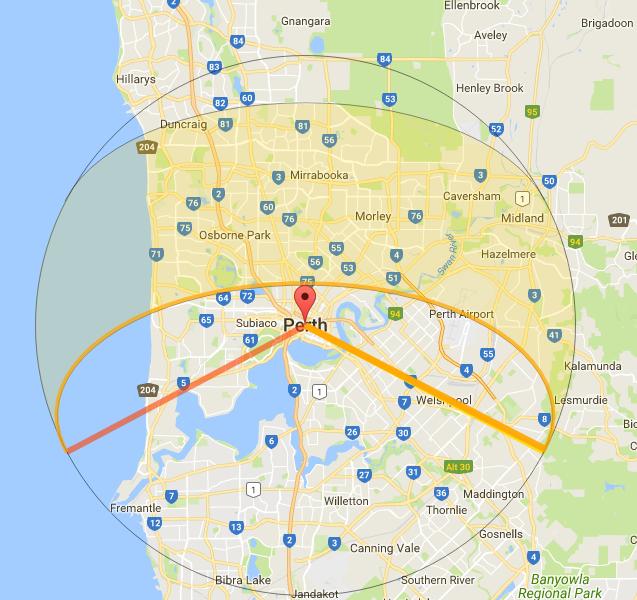 July image below. The Sun is rising in the East North East and setting West North West.

Notice how low in the sky the sun is with the top of the arc at Noon stretching up as far as Landsdale in the North in this picture.

Being so low in the sky greatly reduces solar production. 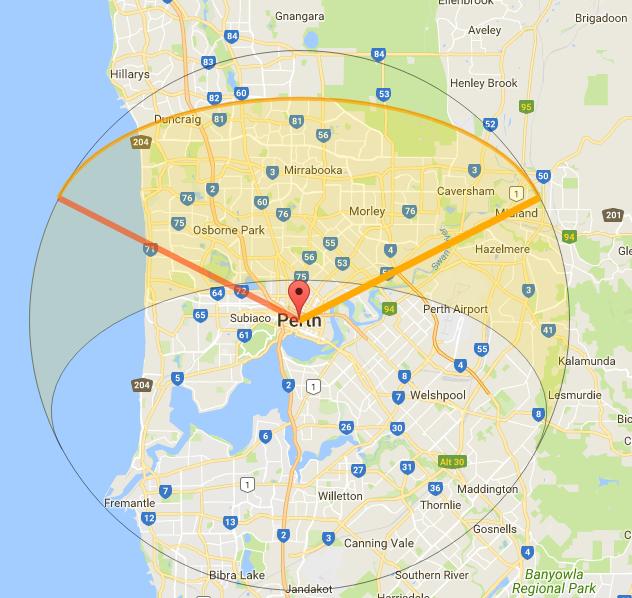 The tables below show WHEN the solar power is produced, every two hours, from dawn until dusk.

86% of the solar production is achieved, on average across the year by 2pm and over 97% by 4pm
Summer power production is quite evenly spread from dawn to 4pm

Winter power production is very concentrated to between 10am and 2pm 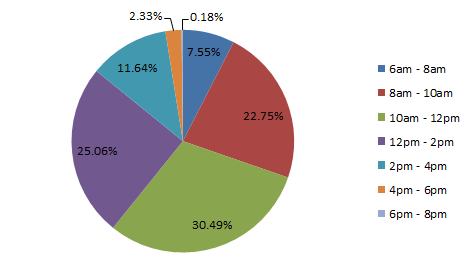 As with the East facing roof, North produces virtually no power after 6pm year round,
and virtually nothing before 8am in Winter

Production is very evenly spread, year round, from 8am to 4pm 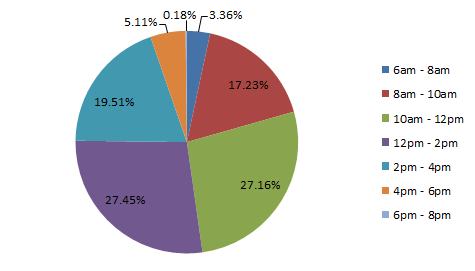 Worried about late afternoon shade from trees hitting your West roof after 6pm ?

Over 40% of your average production happens before mid day and 90% by 4pm. 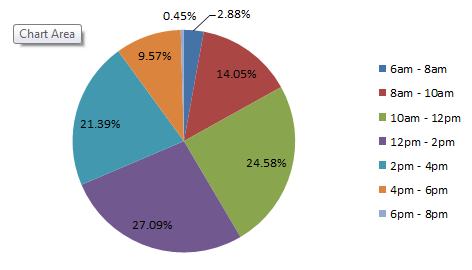