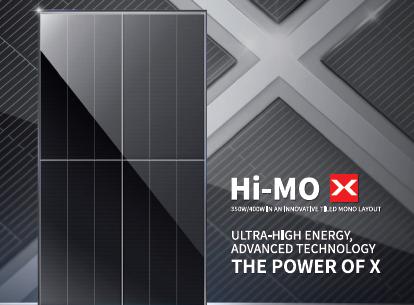 LonGi are a very large Chinese panel manufacturer making hundreds of millions of panels a year.
Solar4Ever we one of the earliest installers to use LonGi panels many years ago and at the time they were a bit of an unknown, but we thought they were well made. Since then their popularity, and reputation has grown to the point that they are often consdered a superior panel. I don't think I would go that far as they aren't made to the same standard as something like a Sunpower Maxeon, LG Neon or REC Alpha.

There are a few LonGi models available with the 370W the most popular.
I like this model as it is slightly smaller than most other 370W panels, and can help us deal with tricky roofs, and it has a higher current and lower output voltage than most as well which helps with some designs too.
LonGi have an office in Sydney. Call 02 8484 5806

Would I put LonGi panels on my own roof?
Actually I did put one on my roof, years ago when they first came out, with an optimiser fitted, to check on how it performed before we sold any, and it did exactly what it claimed to do, as have all the others we have installed on customer rooftop's around Perth since. There is an all-black version, pictured above, achieved in the same way as LG make an all-black, by overlapping the cells so the white backsheet is hidden. It's in and out of stock, unreliable supply, and as with all other 'all-blacks' slightly less efficient at 350W but if we can get hold of them, its a nice aesthetically pleasing choice especially if visible from the road.
We have installed LonGis for many years with no issues at all. Faultless.

If you want a quote for solar with LonGi panels then call us on...


This review was written by Andrew MacKeith, Solar4Ever service manager since 2011.
Most recent update April 2021